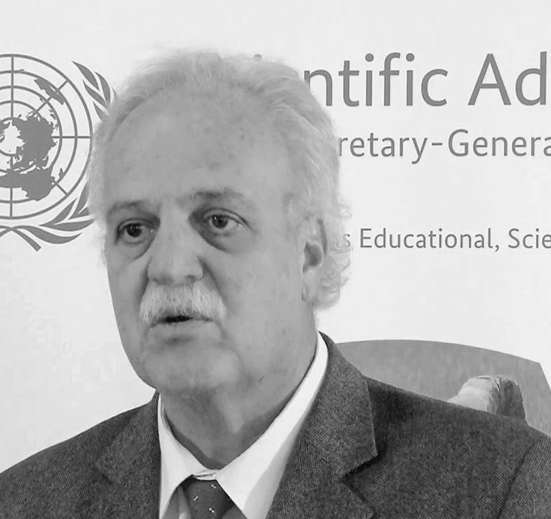 Professor Carlos Nobre is one of the world’s leading Earth System scientists, and has played a pre-eminent role over several decades in research on the Amazon rainforest. He was a leader in the establishment and implementation of the Large-Scale Biosphere-Atmosphere Experiment in Amazonia. He graduated from the Aeronautics Institute of Technology in 1974, São José dos Campos, Brazil, with a degree in Electronics Engineering and from the Massachusetts Institute of Technology in 1983 with a PhD in meteorology. He was a post-doctoral fellow in meteorology at University of Maryland’s Department of Meteorology in 1988. He has chaired several scientific boards and commissions, and was the chair of the International Geosphere-Biosphere Programme (IGBP) from 2006 to 2012. In 2011 Prof. Nobre was appointed Secretary for Policy and Research and Development Programs at the Ministry of Science and Technology, with responsibility for Brazil’s research and higher education budget. In 2012 he coordinated scientific guidance for the UN’s Rio+20 Summit, and a year later was appointed by UN Secretary-General Ban Ki-moon to his new Scientific Advisory Board. He has received a number of scientific awards: Volvo Environment Prize in 2016; the “Dr. Luis Frederico Leloir” Prize on Science, Technology and Innovation Cooperation of Argentina in 2011; the Grand-Cross Medal of the National Order of Scientific Merit, Presidency of Brazil in 2010; the Alexander von Humboldt Medal of the European Geophysical Union, 2010, among others.