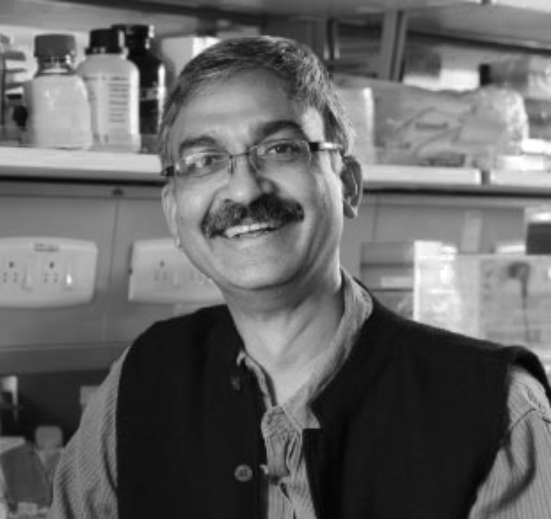 Director, National Centre for Biological Sciences – Tata Institute of Fundamental Research
Satyajit Mayor was born in Baroda, India and received his MSc in Chemistry from IIT Bombay. He obtained his Ph.D. in Life Sciences from the Rockefeller University, New York, working in the Laboratory of Molecular Parasitology. He then moved to the Department of Pathology at Columbia University, New York, to study endocytic trafficking of lipids and proteins. In 1996, Satyajit Mayor moved to the National Centre for Biological Sciences (NCBS) in Bangalore, India where he is now the Director. At NCBS, he has taken a multi-disciplinary approach combining cell biology with physics and chemistry to study the organization and endocytic trafficking of transmembrane and lipid-anchored proteins in membranes of living cells. In 2012, Mayor won the Infosys Prize for life sciences for his study of regulated cell surface organization and membrane dynamics. Professor Mayor is the recipient of several national and international awards such as the Wellcome Trust International Senior Research Fellowship, Swarnajayanti Fellowship, Shanti Swarup Bhatnagar Award, JC Bose Fellowship and the prestigious Margdarshi Fellowship by Department of Biotechnology in 2015